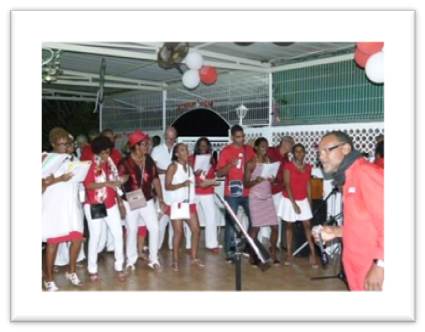 The "chanté Noël" or "chanté nwèl" in Creole is a Caribbean tradition that takes place after All Saints' Day and until Christmas; it can be found here in Martinique and also in Guadeloupe. This tradition of "chanté nwèl" is a kind of preparation for the Christmas festivities, it is a gathering of people to sing classical Christmas carols, but also to share a traditional meal.

If, historically, this meeting took place in a family or friendly setting, it has now become so widespread that it has become a commercial operation that goes as far as the constitution of semi-professional groups, some of which produce a CD every year. Although the Christmas carols and quantum songs still retain the original lyrics in French, the Creole language has its place, especially in the choruses, called ritornello, which sometimes deal with themes that are more secular than sacred. They are also instrumentalized according to rhythms specific to the West Indies as recently proposed by "la bande à Micou" with the Bèlè. 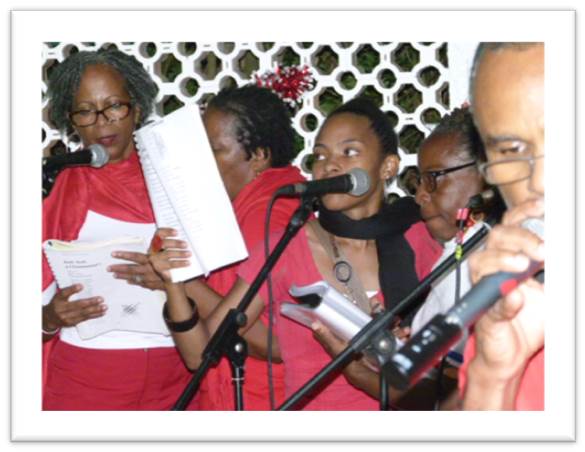 If for several years now the "sung Christmas" has evolved to be today resolutely anchored in modernity, it does not want to lose its soul because its origin dates back to the period of slavery in the West Indies. Subject to the law of the Black Code, slaves had to be "baptized and educated in the Catholic, Apostolic and Roman religion", which meant for these black victims of the triangular trade a mixture between their original African culture and European Catholic texts. This improbable mixture gave birth to the Christmas carols, whose evolution has probably not come to an end because each generation will certainly want to give it a colour linked to its time.< A real success for the first Christmas carol of CAP François.

The association CAP François, which aims to promote tourism, brings together many actors in this sector of activity and sets up events that meet with the approval of the greatest number of people in the territory of the municipality. After the crossroads of Franciscan flavors and the tour of the good tables in the restaurants of François, this association had decided to end the year 2016 in beauty with a Christmas carol that it organized for the first time on Saturday, December 17 at the Hotel Moringa in the Bois-Soldat district. About 300 people had responded to the invitation and this large audience did not have to regret its choice because the atmosphere was extraordinary around the Christmas singing group "la bande à Micou" whose particularity is to get as close as possible to the tradition by positioning itself at the same level as him. Thus the vocal leader Max Cécilia, nicknamed Micou, was able to move as close as possible to the audience for interpretations that merged with the voices of the "official" choir, thus offering an image very close to the tradition, where it had never been a question of actors and spectators. 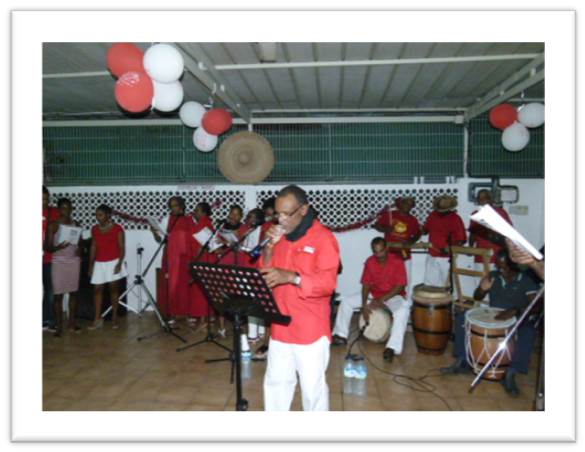 Composed only of drums, ti bois, chacha and a vocal leader, this group provided the atmosphere at the hotel le Moringa with ritornelli covered with fervour such as "bagay la té bèl o Moringa, roy o Moringa". Coming from "Bèlè Canigoué", the "bande à Micou" relies on the rhythm of the bèlè around its vocal leader and drum specialists such as Luc Ruccor and Charly Mana. 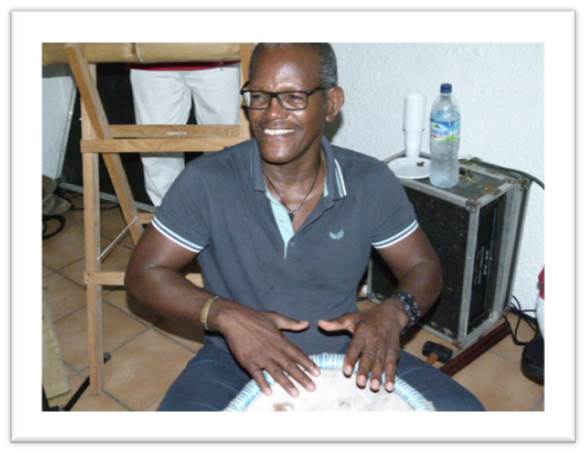 The evening was attended by an audience coming from many towns of the island but also many tourists from Bordeaux, Marseille, Normandy, Paris or Miami to appreciate the different facets of Martinique through its cultural traditions. In addition, the menu composed of patés, hams, blood sausages, peas, yams, without forgetting the traditional pork stew, has delighted the taste buds of many guests. 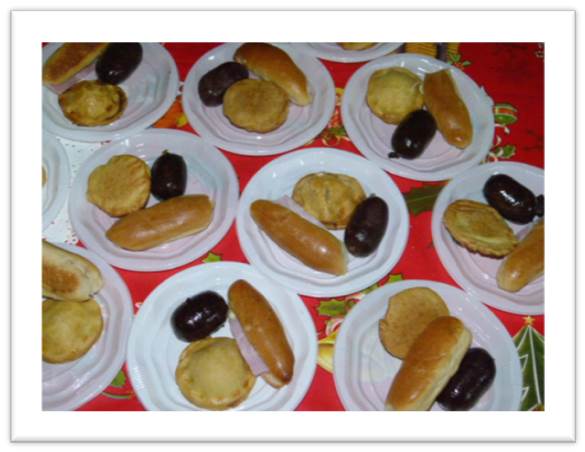 It was necessary to be present that evening at the Moringa because those who were there have already made an appointment for next year to perhaps sing again: "Noël o Moringa, sé Noël osi, sé Noël osi". All in all, an atmosphere worthy of the best bands on the island but with a proximity that gives a little taste of the true tradition of the kantik evenings of yesteryear.